While members of congress are away on recess, efforts are underway to try and revive legislation to repeal and replace portions of the Affordable Care Act (ACA).  A group of three Republican senators; Lindsey Graham of South Carolina, Bill Cassidy of Florida, and Dan Heller of Nevada, are continuing to push an alternative health care proposal that would use block grants that would provide more money and control to states.

The group said on Tuesday that they hope to enlist the support of at least 25 governors for the block grant approach by the end of this month. The strategy is to garner sufficient congressional support through the endorsement of governors with the expectation that senators would be hard-pressed to rebuff their state government’s wishes.

The plan would send federal dollars currently spent on Obamacare, estimated at more than $110 billion in 2016, back to the states to use on their own health care approach. The group is working to complete a formula by next week to determine how much each state would receive so that governors can judge the potential impact.  They are also reaching out to the Senate parliamentarian to seek flexibility under the reconciliation process and have expressed an intent to hold hearings on the bill and would allow amendments to come from the floor.

Meanwhile, Senate Majority Leader Mitch McConnell and other Republican leaders have expressed a desire to move on from health care to other issues.  In addition, lawmakers returning from recess after Labor Day will confront a stack of bills that must be addressed, including several that directly impact health care providers in South Dakota.

In addition, it has been confirmed that cost-sharing reduction (CSR) payments will be made for the month of August.  The Trump administration has been threatening to stop making the payments, which are currently made on a month-by-month basis. Insurers have said failure to continue making these payments would force dramatic premium increases and cause some insurers to leave the individual market.

There remains a great deal of uncertainty for insurers and state insurance regulators as to what they can expect regarding future CSR payments.  Making it difficult for them to determine if they will participate in the individual market and what premiums they will charge for 2018.Health insurers offering qualified health plans through the marketplaces must file their rates for 2018 by September 6, 2017.

Absent specific guidance about whether CSRs will be paid in 2018 (or even in September 2017), state regulators likely will instruct their insurers to file their rates based on an assumption that CSRs will not be paid, or at least to file two sets of rates assuming on the one hand that CSRs will be paid and on the other hand that they will not be. The congressional budget office (CBO) has projected, along with multiple insurers, that the nonpayment of CSRs would result in significant rate increases of 20 percent or more.

The Senate Health Education Labor and Pensions Committee plans to hold bipartisan hearings in early September on proposals to stabilize the individual insurance market. The committee hopes to produce a bill by mid-September, which coincides with the time insurers must commit to rates for plans offered in the 2018 insurance exchange.  Learn more about the hearings here.

We will continue to share our messages related to these and other important issues in preparation for what will be a busy congressional schedule in September.  During the recess, there are opportunities for our “voices to be heard”.

The South Dakota congressional delegation will be attending various community events and the Sioux Falls Chamber of Commerce will host two programs with opportunities for you to share your perspectives. 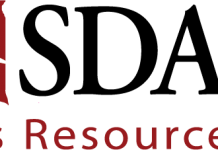